Back
About us History

Formika (Latin for ‘ant’) is founded. Despite tough conditions of Polish economy, which did not facilitate private initiatives, the company starts producing plastic automotive products. The founder, originator and creator of the company is Jerzy Przywuski – an economist with passion and ideas.

Wojciech Zasadziński, Jerzy Przywuski’s (on the left) brother-in-law, joins him as a shareholder.

The company changes its profile and enters the packaging and food market. Formika is the first company to launch the production of plastic packaging for food industry, mainly containers for yoghurts, cheeses, creams etc. produced using the pressure and injection method and further overprinted using the dry offset technique. In very short period of time, the company earns many clients’ trust. 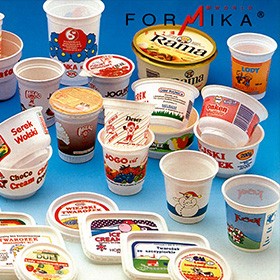 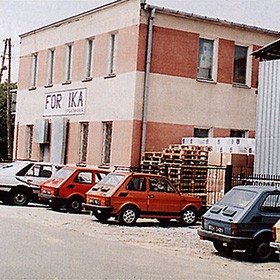 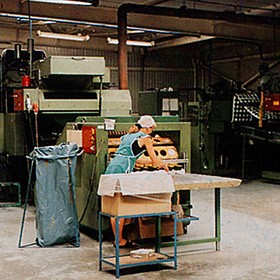 Only 5 years after the launching of plastic packaging production, Formika achieves the position of a leader on the Polish market and starts attracting foreign investors. 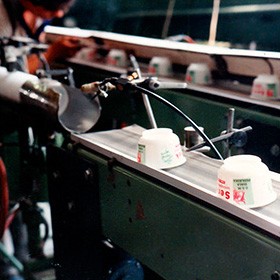 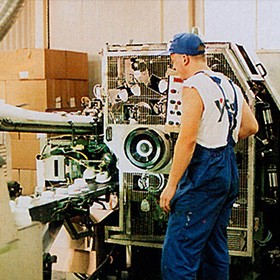 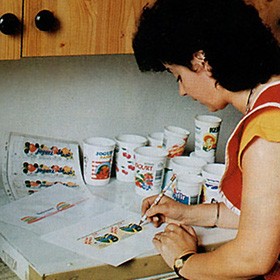 All machines and know-how are sold to an Austrian Corporation – Greiner, which opens a new production plant in Teresin near Warsaw, which for a year functions under the name Greiner – Formika. Jerzy Przywuski and his shareholder Wojciech Zasadziński participate in the launch of the plant, employment process and employee training. 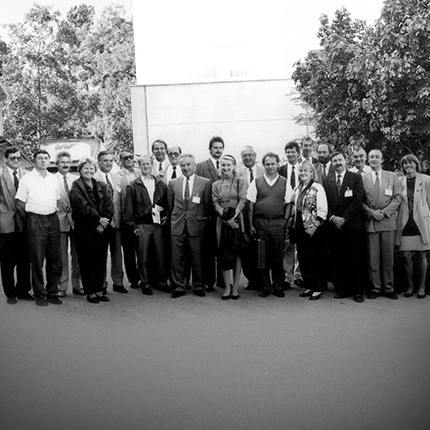 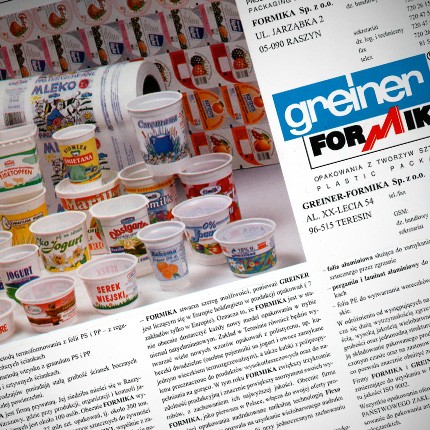 Formika is wholly separated from Greiner (Wojciech Zasadziński stays in Greiner where he is still the President of the Management Board and Jerzy Przywuski continues to develop Formika). With 100 % Polish share capital, Formika launches new business activity: aluminium lids production for food industry using UV-flexo technology. Until then, this technology had not been implemented in Poland: only traditional solvent-based flexo had been used, which gives much lower printing quality than UV based technology. Formika was the first company in this part of Europe to have a UV flexo press. 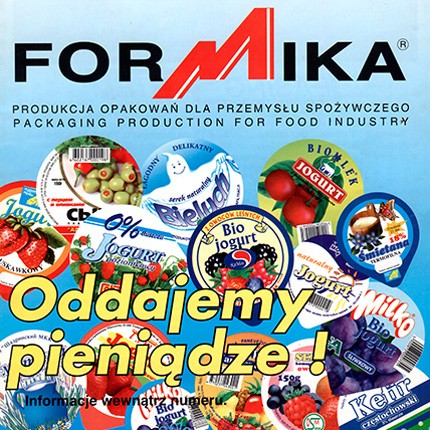 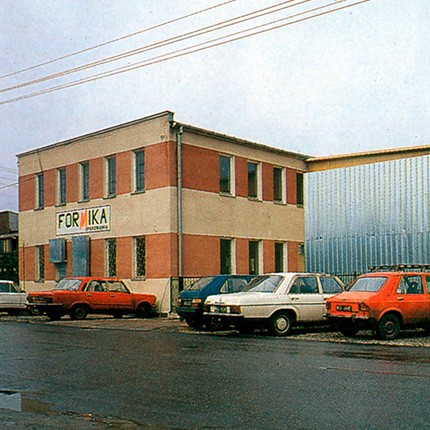 Under Jerzy Przywuski’s management, Formika thrives and the machine park is enlarged by a new UV flexo press.

Sudden and early death of the founder of the company Jerzy Przywuski. He’ll live on in the memory of his employees and co-operators as a cheerful, energetic person, their authority, a professional and a visionary. Everyone who had an opportunity to work with him stresses that he was an extraordinary person, who was ahead of his times. After his death, the company stayed a 100 % family business and is now managed by Przywuski’s daughter and her husband.

The company undergoes many IT modernisation works (e.g. introduction of a fully integrated ERP system); new presses are purchased. 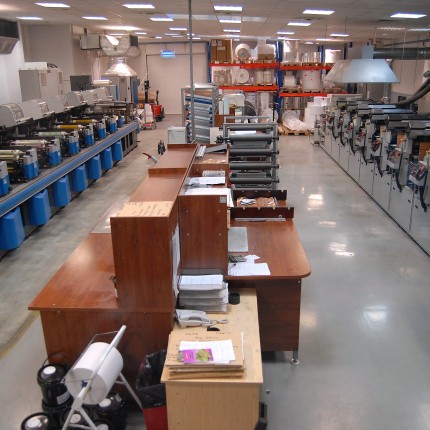 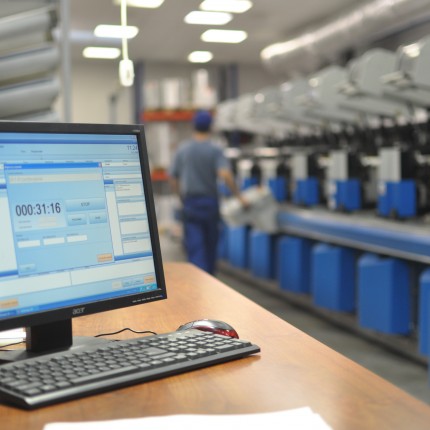 Due to very rapid and dynamic development of the company, the location in Raszyn turns out to be too small. Therefore, Formika buys land in Parzniew near Warsaw and launches the construction of a new plant. 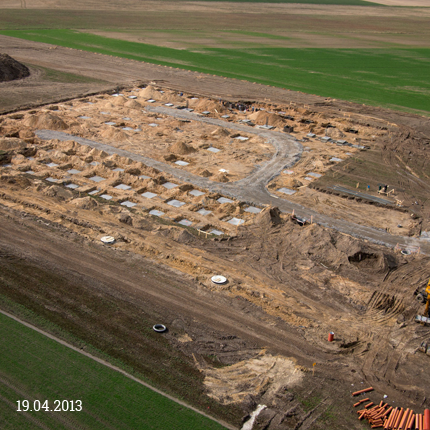 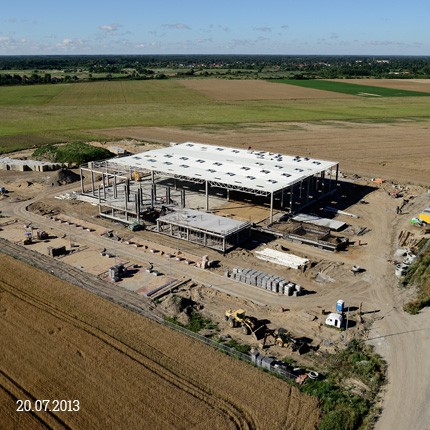 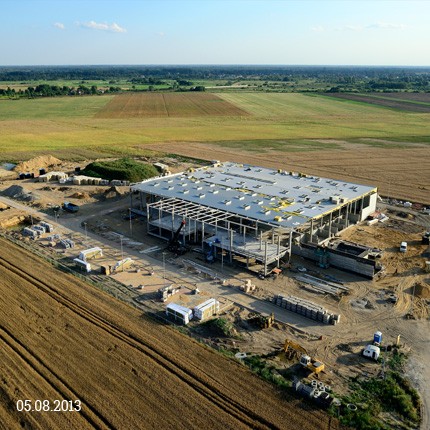 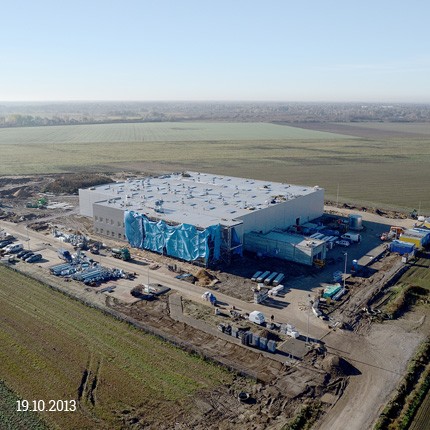 After 9 months of construction, the new production plant in Parzniew is opened. It is one of the Europe’s most modern factories dedicated to manufacturing packaging for food, pharmaceutical and cosmetic industry. The production plant area is nearly 6000 sqm and it includes the Central and Eastern Europe’s only D class clean room (ISO 8), in which aluminum packagings for medicines are manufactured. The new plant has production capacity of about 100,000,000 MB. However, as early as during investment planning, it was designed so that it could be easily expanded.

Thanks to the very dynamic development of the company, our plant needed to be expanded just four years after completion. The construction of another plant started in March 2018 and was completed in the first quarter of 2019.The new plant is fully connected to the previous one but has a separate switchgear, a separate bus bar, separate air handling units and a separate, fully independent boiler room. Both plants also have separate roof structures. All this has been done in order to provide redundancy and security for our customers: if something happens in one of the plants, the other remains fully operational.

The new plant has a modern induction warehouse, a white room for making pharmaceutical prints, new halls for tube production, printing and cutting as well as a new office space.

Following the expansion, the two plants now have a total area of 11,502 sq. m.